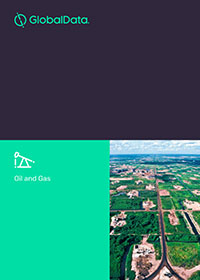 After a six-year slowdown triggered by the crash in oil prices in 2014 and deepened by the impact of Covid-19, the GCC construction industry is set for a strong recovery in 2021 and 2022.

Boosted by government stimulus spending aimed at accelerating the post-Covid recovery, the region’s contractors, engineers and manufacturers can look to forward to a healthy increase in building and infrastructure projects in the coming two years.

And while the government support measures will boost construction activity in the coming year, the longer-term outlook is boosted by the region’s improving fiscal situation as oil prices recover and oil output caps are eased.

With a $1.9tn pipeline of future construction and transport infrastructure projects planned across the GCC, there is no shortage of potential project opportunities waiting to be unlocked.

While some of these planned projects are still many years away from becoming real projects, such as the majority of the Saudi Arabia’s $500bn Neom future city development, there is a significant backlog of work that has been delayed by the pandemic, but which can be brought quickly to the market.

According to projects tracking database MEED Projects, about $107bn of planned construction and transport projects in the GCC are already at some stage of tendering. If is fair to assume that the majority of these will be awarded within the coming 18 months.

Given that the average annual value of construction contracts awarded in the GCC since 2016 has been $61bn a year, with awards falling to a mere $43bn last year, this marks a significant increase in the pace of construction activity.

In addition, about $303bn of planned construction and transport projects in the GCC are at the design stage. While some will inevitably be delayed, these projects ensure that there is plenty of potential opportunities so long as the macro economic and fiscal conditions are favourable.

But the post-Covid GCC construction sector will have a different flavour to the market before 2015, which was driven by strong government spending on infrastructure, particularly rail projects, and an influx of money into GCC real estate from across the region following the disruption of the Arab Spring.

In the coming years, Saudi Arabia will provide the biggest supply of new construction opportunities in the GCC.

Led by the Public Investments Fund’s programme of Vision 2030 gigaprojects, the a new wave of projects such as Neom, The Red Sea Project, Qiddiya entertainment city and Diriyah Gate, is being delivered by new generation of clients, whose focus is very centred on the development of local capacity, and on using digital technology to reduce waste and improve productivity. Companies seeking to win work in Saudi Arabia’s new programme of projects must be prepared to invest in local content, and be ready to innovate.

For many companies, the recovery of the UAE’s projects market will be welcome news. For so long, the driver of major real estate and infrastructure, the slowdown in the Dubai and Abu Dhabi markets has cast a particularly dark shadow over the region’s construction industry.

Stimulus spending is not a new tactic for the UAE, and one federal project that is already being developed to stimulate future economic growth is Etihad Rail. In Abu Dhabi’s energy and petrochemicals sector is forging ahead with new projects, while housing and real estate is also expected to play a key role. Aldar is tendering work for projects on Abu Dhabi’s Saadiyat and Yas islands, while in Dubai rising property prices have accelerated a range of villa and waterfront apartment projects developed by the likes of Nakheel, Emaar and Meraas.

Across the region, increased use of public-private partnerships (PPPs) to deliver public services will see a new breed of private-sector clients for infrastructure projects. This will change the relationship between contractors and their clients and will add momentum to the need to innovate and reduce waste

The report provides construction companies, contractors, suppliers, manufacturers and consultants with a powerful resource that will help them to identify new opportunities, set strategy, and mitigate risk in the GCC.