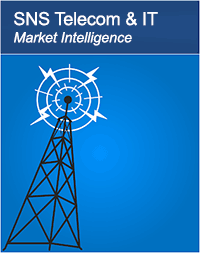 The wireless network infrastructure market is currently in a phase of transition as mobile network operators seek to address increasing mobile traffic demands amidst global economic uncertainties. This paradigm shift is bringing new challenges and opportunities to infrastructure vendors.

In 2013, global 2G, 3G and 4G wireless infrastructure revenues stood at $52 Billion. SNS Research estimates that these revenues, from macrocell RAN (Radio Access Network) and core network investments have largely remained flat in 2014. However, the market is expected to decline at a CAGR of 2% over the next 6 years, eventually shrinking to $47 Billion by the end of 2020.

Although, the new wave of 4G LTE macrocell RAN and core network investments will not be able to compensate the overall declines in 2G, 3G and WiMAX equipment sales, operators are expected to significantly increase their spending in the evolving HetNet market, which encompasses small cell, carrier WiFi, DAS (Distributed Antenna Systems) and C-RAN (Cloud RAN) equipment. Small cell and carrier WiFi equipment alone will represent a market worth $4 Billion in 2015. Supplemented further by DAS and C-RAN investments, the HetNet sector is attracting considerable attention from both established vendors as well as startups which solely focus on the market.

This report package provides an in-depth assessment of the 2G, 3G and 4G wireless network infrastructure market and also explores the HetNet and the mobile backhaul markets. Besides analyzing the key market drivers, challenges, regional CapEx commitments and vendor strategies, the report package also presents revenue and unit shipment forecasts for the wireless network infrastructure, small cell, WiFi offload, DAS, C-RAN and the mobile backhaul markets from 2014 to 2020 at a regional as well as a global scale. Historical figures and vendor shares are also provided for 2010 till 2013.

The report package comes with an associated Excel datasheet suite covering quantitative data from all numeric forecasts presented in the two reports.

Download Sample Pages
The 2G, 3G and 4G Wireless Network Infrastructure Market: 2014 - 2020 - with an Evaluation of WiFi and WiMAX