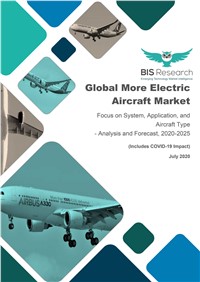 Key Questions Answered in this Report:

The global more electric aircraft market is gaining widespread importance owing to increasing efforts from companies such as major OEMs and aircraft system providers as well as their increasing investment for developing enhanced technological systems that support the more electric aircraft trend. Moreover, the development of technologies such as hybrid or electric propulsion, development of light, efficient, high power density generators and motors, and high-density battery for capacity are some of the factors that may propel the market growth.

The purpose of the market analysis is to examine the more electric aircraft market outlook in terms of factors driving the market, trends, technological developments, and competitive benchmarking, among others.

The report further takes into consideration the market dynamics and the competitive landscape of the key players operating in the market.

The more electric aircraft market is further segmented on the basis of system, application, aircraft type, and region. While highlighting the key driving and restraining forces for this market, the report also provides a detailed study of the industry. The report analyzes different applications that include power generation management, passenger comfort, air pressurization and conditioning, configuration management, and flight controls and operations. In the aircraft type segment, the market is segmented into commercial aviation, military aviation, and helicopters.

The more electric aircraft market is segregated by region under four major regions, namely, North America, Europe, APAC, and Rest-of-the-World. Data for each of these regions is provided in the market study.