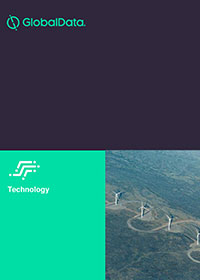 Construction in Iran - Key Trends and Opportunities to 2023

After a recovery in 2017, the Iranian construction industry suffered a downturn in 2018, where it contracted by 4.2% in real terms; it was preceded by an annual growth of 4.3% in 2017 and an annual decline of 12.7% in 2016. This decline can be attributed to economic slowdown due to the US sanctions and low oil prices. In May 2018, the US announced its withdrawal from the Joint Comprehensive Plan of Action (JCPOA) and put a fresh round of sanctions on Iran, which affected both Iranian oil exports and the country’s revenue.

With the sanctions back in place, the country’s construction industry is expected to contract by 5% in real terms in 2019, before recovering in the later part of forecast period (2019-2023). The industry’s output value is expected to grow at an annual average growth rate of 4.4% during the period of 2020-2023, as the government focuses on developing the country’s infrastructure projects and building new manufacturing plants. Growth will also be supported by investments in renewable energy projects and the implementation of solar and wind energy projects.

GlobalData expects the energy and utilities construction market to account for 44.7% of the industry’s total value in 2023, supported by the government’s plan to increase electricity production capacity to cope with rising demand. In July 2019, the government announced its plan to build 4,827MW of new power plants in the country by 2020.

Institutional construction market’s forecast-period growth will be driven by the government’s plan to provide better healthcare and education services. In October 2019, the government announced its plan to build three new hospitals in the cities of Mallard, Qods and Shahriar by the end of 2021. In October 2019, Oman and Iran signed a bilateral agreement for medical tourism, under which the Iranian government aims to attract 2 million medical tourists by 2025-2026.

GlobalData expects the infrastructure construction market to record a forecast-period CAGR of 12.34% in nominal terms in 2023, driven by the government’s plans to develop the country’s transport infrastructure. In November 2018, the government announced its plan to spend IRR911.6 trillion (US$22.3 billion) to build, repair and modernize 7,800km of highway, freeways and other roads over the next three years.

Over the forecast period, the residential construction market is expected to recover supported by the government’s plan to bridge the gap between housing demand and supply in the country. According to government estimates, the country needs 800,000 housing units annually to meet rising housing demand. In June 2019, the government announced its plan to build 400,000 housing units by the end of 2021.

The total construction project pipeline in Iran - as tracked by GlobalData, and including all mega projects with a value above US$25 million - stands at IRR23.4 quadrillion (US$571.7 billion). The pipeline, which includes all projects from pre-planning to execution, is relatively skewed towards late-stage projects, with 60.7% of the pipeline value being in projects in the pre-execution and execution stages as of December 2019.

Our Construction in Iran - Key Trends and Opportunities to 2023 report provides detailed market analysis, information and insights into the Iranian construction industry, including -

This report provides a comprehensive analysis of the construction industry in Iran. It provides -

Tell a Friend:
Construction in Iran - Key Trends and Opportunities to 2023

Construction in Indonesia - Key Trends and Opportunities to 2024