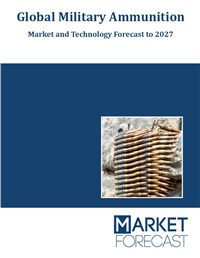 The key characteristics which govern the ammunition performance are the penetration rate, precision, weight, cost and range. However, the innovations in this market should be within the operational parameters of the arms market due to the close market traction.

The key driver in this overall market is the overall change in battle field environment, the battle space has evolved into more urbanized environment. The other key drivers include the investments in training due to changing battlefield environment and increase in defense budget. The ammunition market is a cost sensitive market; hence, the overall cost escalation is a key market restraint. The challenges involved with this market are the soldier load factor and the shelf life and ammunition disposal.

The in-depth coverage of the report across its sections are:

Scope: The report covers the Military segment of the market, across Small Caliber, Medium Caliber, Large Caliber, Rocket and Mortar. The study period is from 2017-2027 and the forecast period is from 2019-2027. The other three segments are the region wise, application wise and end user segmentation.