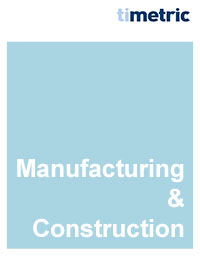 The report provides a detailed analysis of the infrastructure sector in Germany, including the state of current infrastructure, the regulatory and financing landscapes, forecast spending across all key sectors and the major projects in the construction pipeline.

The report covers all key infrastructure sectors: roads, railways, electricity and power, water and sewerage, communication, and airports and ports.

Summary
Germany’s infrastructure industry is set to grow at a relatively strong pace over the forecast period (2017–2021). Higher government spending (especially for transport and broadband infrastructure) alongside structural measures to improve access to public investment is expected to support the industry’s growth in the coming years.

According to Timetric’s Infrastructure Intelligence Center (IIC), Germany’s infrastructure construction market’s value increased from EUR48 billion (US$53.3 billion) in 2011 to EUR55.6 billion (US$61.8 billion) in 2016, and is projected to reach EUR70.3 billion (US$78.1 billion) by 2021 (in nominal value terms). This is based on the assumption that a number of large-scale projects will proceed as planned, including a number of transport projects such as the Fehmarn Belt Fixed Link, the Stuttgart 21 High-Speed Rail Line and the Berlin Brandenburg Airport Expansion.

Scope
A concise analysis of the administrative, economic and political context for infrastructure in Germany.

An in-depth assessment of the current state of infrastructure in Germany, including roads, railways, electricity and power, water and sewerage, communications, airports and ports.

Five-year forecasts of construction output for each sector, and an analysis of the project pipelines, with details on all major projects, their funding mechanisms and leading contractors.

A focus on main political and financial institutions involved in the infrastructure market, as well as the competitive and regulatory environment.


Key Highlights
The IIC is currently tracking 189 strategic infrastructure construction projects in Germany, at all stages of development from announcement to execution. These projects have a total investment value of US$129.6 billion.

Construction in Russia - Key Trends and Opportunities to 2024