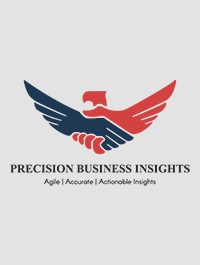 Transgenic seeds or genetically modified seeds are designed to improve the resistance in plants from drought, rain, diseases, and pets. Transgenic seeds are manufactured by genetic modification process. Transgenic seeds are used to improve the crop yield, nutritional values, and protects the plant from various diseases. However, the major aim of producing these seeds is to introduce a new trait to plant which does not exist in the species naturally. The most commonly used genetically modified seeds include cotton, soybean, canola, corn, and sugar beets among others.

Increase in the food consumption around the globe due to increase in global population, rise in cost of fertilizers, growing awareness in farmers about the advantages of transgenic seeds, and increase in R&D activities in agriculture biotechnology are the factors anticipated to fuel the transgenic seeds market over the forecast period. However, stringent regulatory policies for product approvals, high cost of R&D activities, and lack of product availability in underdeveloped regions are restraining the growth of market.

Based on the trait type, it is segmented into the following:

Insect Resistance
Pesticide Tolerance
Others
Based on the crop type, it is segmented into the following:

Transgenic seeds market is growing at a significant CAGR owing to rise in soil and water contamination. Transgenic seeds play vital role in the protection of plants and improving the yield. Moreover, competitors are focusing on the development of newer transgenic seeds for improving the crop yield. For instance, in 2013, Dow AgroSciences launched Powercore in U.S an innovative corn trait technology that provides ground insect protection in corn. Moreover, collaborations, and product launchings the strategies followed by the market players for increasing revenue share in transgenic seeds market. For instance, in April 2015, Dow AgroSciences, Bioceres S.A., and Arcadia Biosciences collaborated to develop and commercialize innovative traits in soybeans. Furthermore, in October 2017, BASF SE agreed to purchase Bayer AG’s agriculture products business to enter the genetically-modified seeds market.