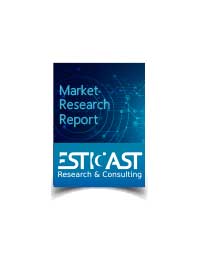 Smart Sensors Market is expected to reach $81.99 billion by 2024, with a CAGR of 18.9% during the forecast period of 2017 to 2024. Image Sensors occupied the largest revenue share in the global smart sensors market.

The devices which receive input from the physical environment and use built-in computer resources to perform predefined functions upon the recognition of a specific input and process it before passing, are called smart sensors. Smart sensors are hence, also called as intelligent sensors. Smart sensors are microprocessor-driven and include features such as communication capability and onboard-diagnostics. These devices assist a lot in enhancing the functioning efficiency and reducing the cost of maintenance. Smart sensors are essentially used for digital processing, such as converting analog signals to digital signals. A major application of this technology is found in industries like electronics, automotive, defense, industrial, medical and entertainment. Smart/Intelligent sensors are capable of transmitting data to a wide range of networks which are available and enabling various features such as data conversion, interaction with external devices and digital processing.

Market Dynamics
A growing trend of miniaturization is supposed to drive the smart sensor market growth in the near future. Favorable initiatives taken by the governments such as investments for the R&D of smart sensor technology and mandating the use of sensors in specific industry segments are pushing the market growth. Smart sensors are efficient in meeting the environmental challenges. The technology has contributed a lot in reducing the carbon emissions and hence is being adopted by various power plant industries, driving the market growth. Progression in the growth of defense sector and the electronics industry is also a major factor for market growth all over the globe. Upcoming trends of smart home, smart city and smart parking may bring a hike in the demand of smart sensors. Intelligent sensors are also capable of effective monitoring, lighting systems and are widely integrated into security and surveillance systems which are a crucial part of connected technologies. However, lack of awareness, privacy concerns, complex structures and high replacement & deployment cost may restrain the smart sensor market growth.

Market Segmentation
The segmentation of the Smart Sensor Market is done by Product, End User, and Geography. By Product, the market is segmented as image sensors, touch sensor, smart motion, smart temperature and smart position sensors. By End User, the categorization is done as Industrial, Medical Equipment, Automotive industry, Consumer electronics, Infrastructure and others. Geographically the market is segmented into North America, Europe, Asia Pacific and Rest of World. The automotive industry is expected to dominate the market throughout the forecast period because of increasing road safety awareness among people and growing trend of autonomous vehicles. Smart sensor technology is used vastly in automobiles for adaptive cruise control, park assistance, and blind spot detection and collision avoidance. According to a study, Nearly 1.3 million people die in road crashes each year, on average 3,287 deaths per day. Hence, manufacturers are focusing on the incorporation of ADAS system in passenger vehicles. The global ADAS system market was valued at around $30 billion in 2016 and is expected to get doubled by 2020, hence giving a boost to the growth of smart sensor market.