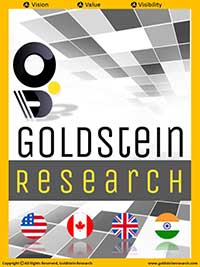 Robotics technology is one of the fastest emerging technologies that have potential to revolutionize the delivery system in various industries. Despite, being in its nascent stage, delivery robots are currently moving mail and supplies around offices, hotels and other large spaces. For instance, company Savioke butler robots can roam around the hotels delivering snacks, toiletries and other requested items. These advanced robots are equipped with artificial intelligence, so that they can interact with customers and provides positive customer experience. In 2015, Savioke’s prototype robot fleet travelled more than 1,000 miles in five test hotels. Beside, delivery services in hotels, these robots also deliver medicines, meal and documents in hospitals. Aethon, a U.S based company is known for its delivery robots that are capable working in medical environments. TUG an Aethon’s flagship robot, can pull the delivery carts to places where they are needed, capable to access elevators and pathways avoiding pedestrians. The Aethon and Savioke are showcasing the glimpse of coming possibilities in automatic logistic delivery systems. Mobile robots technology will provide the opportunity and allow the researchers to build more efficient delivery robots that can drive on sidewalks and delivering parcel door-to-door.

Market Landscape: Competition and Beyond