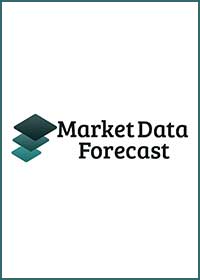 There has been a drastic change in food consumption patterns in the Gulf region – in both the quality and quantity of diet. Analysis of the food consumption pattern shows that even the structure of diet has shifted towards a high-energy diet with more fat and sugar added in foods, more saturated fat and lower intake of carbohydrates, fiber, fruit, and vegetables. These dietary habits are leading to the development of ailments such as obesity and diabetes in these countries. Among the top five countries with the highest rate of both obesity and diabetes, there were three Gulf countries.

A study conducted by the WHO showed that three meals were consumed daily by a majority of the people living in the Middle East, with lunch being the main meal. 60% of the participants consumed milk or milk products on a daily basis.

Western media is increasingly influencing consumers, especially younger generations, through Television, the Internet and social media. These factors have expanded health awareness amongst consumers who are demonstrating a growing preference for healthy packaged food. Manufacturers have responded to this demand by increasing the availability and variety of healthier food options.

GCC fresh milk market is growing at the fastest rate in terms of production, but when considering that the entire market is moving towards healthier foods we saw a marked uptake in consumption and production of yogurt. The GCC markets first priority is to improve their case for self-sufficiency for dairy goods. Oman, Kuwait and Saudi Arabia are in the best position to do so and have taken several strides to making that a reality. Cheese and butter have registered negative growths in production and consumption due to changing diet preferences. One of the highest incidences of health problems by country is in the Middle East especially among the GCC countries.

Keeping this in mind, guidelines have been issued regarding dietary issues by several governments in the GCC group, aiming at promoting citizens’ awareness of what to eat, in terms of both the kind and quantity of food, as well as their daily requirements and proportions of nutrients, thus helping to diminish the risk of nutrition-associated diseases and complications, such as: obesity and over-weight diseases, diabetes, hypertension, anemia, vitamin deficiency, and so forth.

Healthy dairy products segment is expected to grow the fastest in the period 2015 to 2020. Low fat butter, cheese, cream, yogurt milk etc. are becoming popular and the consumers are developing a taste for these products. In addition to being healthier substitutes these products are only slightly expensive compared to the normal products and hence are equally preferred by consumers. The health food segment of dairy products is the segment to look out for in the future and it presents a huge opportunity for producers.

This report involved the extensive use of secondary sources, directories, and databases to identify and collect information critical to this market-oriented commercial study of the Dairy Sector in GCC countries. The primary sources interviewed were industry experts from core and related industries, preferred vendors, suppliers, major retailers and organizations related to all the segments of this industry’s value chain.

The secondary research done for this study involved rigorously going through hundreds of information sources such as certified publications, articles from recognized authors, white papers, directories, and databases (such as FAOSTAT, The Arab Statistical Yearbook and the UN COMTRADE database) to identify and collect information useful for this extensive study of the Dairy Sector in the GCC region.

Total market analysis was performed and followed up by top-down and bottom-up approaches. Data triangulation methods were done to perform market estimation, forecasting and gap analysis. Qualitative and further quantitative analysis was also done on all the numbers arrived at in the complete market engineering process, to list key information throughout this report.