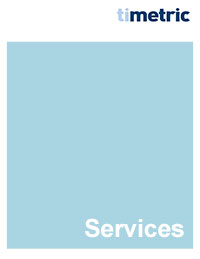 Insurtech start-ups are emerging as the insurance industry is waking up to the technological advancements customers have come to expect from other industries. The banking sector has been transformed and disrupted greatly by financial technology (fintech), but insurance technology (insurtech) remains a long way behind and a very different proposition, despite recent progress.

Funding to insurtech start-ups surpassed US$1.0 billion halfway through 2016, highlighting the progress made. However, substantial improvements remain essential in basic areas such as mobile websites and apps, while more innovative areas such as blockchain and the Internet of things (IoT) have the capacity to revolutionize the industry.

The vast majority of insurance start-ups are looking to partner with current insurers, as opposed to challenging them. Areas such as customer engagement – particularly improving processes and platforms, increasing efficiency and reducing administration costs – or helping with regulation are the main areas where start-ups are having success.
Looking to challenge the incumbents is extremely difficult, predominantly due to the capital required to underwrite insurance. The most successful start-ups have been identifying insurers’ weaknesses, and working alongside them to make improvements.

Technology investment is a major priority for global insurers, Axa, Allianz, Munich Re and Swiss Re have established their own capital venture funds, with a ringfenced budget to invest in new technologies and start-ups. There have been over 80 separate investments in start-ups already as of July 2016, with the year on course to finish with a 42% increase in the number of deals compared to 2015.

Partnering with insurtech start-ups is ideal for large companies which do not have to take on the risk of development. It is also easier for an incumbent to drop a start-up after outsourcing if it does not work out, or if regulations change, than to get rid of a whole department. These companies often struggle with creating the right atmosphere for true innovation, largely due to in-built processes and a reluctance to tolerate failure.

Almost all start-up activity is occurring in the non-life sector, and particularly in motor, home and health insurance. The life market is not exactly primed for innovation, with huge capital requirements, very little customer engagement and heavy regulation, although quantified self is an area to watch.

Non-life, on the other hand, is a much more active segment, with the increased use of data, in particular, starting to have an impact in terms of both tailored policies and even preventative measures. The switch from insurance companies offering financial cover following a claim, to a valuable service, that customers interact with regularly and benefit from greatly, is already happening to an extent, but is set to become mainstream. Examples include telematics as a way to reward good driving, while both health wearables and connected homes look to identify problems before they occur.

The substantially more deals being done in the last year and less overall funds being raised is due to an increase in angel investments and early-stage deals, with 48% of deals last year being angel investments. This is because Axa, Allianz, Munich Re, and Swiss Re have established capital venture funds; usually with a budget of around US$100 million to look into investing in innovation and start-ups.

Zhong An, China’s first digital insurer and its best-funded InsurTech startup to date, received US$931 million in 2015, which represented a considerable percentage of the total for that period.

Scope
The vast majority of insurance start-ups are seeking to enable insurers, not disrupt them.

The industry is very difficult to break into due to competition at an underwriting level, the amount of funds needed and the level of regulation. This means that most insurtech start-ups are targeting the consumer engagement side of the business – improving the processes or helping with regulation and therefore aiming to partner with incumbent insurers.

Motor, health and home insurance are the main areas where innovation has thrived, and relative success has been seen in the use of wearable Fitbits, telematics and connected homes. All three are at relatively early stages of development, but have already seen strong consumer engagement, which is set to increase substantially over the next five years.

Reasons To Buy
Primary research, with interviews with people heavily involved in insurance start-ups, including founders and mentors
Breaks the market down by technology, such as big data, peer-to-peer etc., discusses trends, gives examples and insight from relevant primary research
Further break downs into life, non-life and health start-ups
Extensive coverage and analysis of the biggest deals and partnerships around the world in 2016
Insight into upcoming regulation and how it may impact the market
Use of exclusive data from Timetric’s survey on the future of technology in insurance