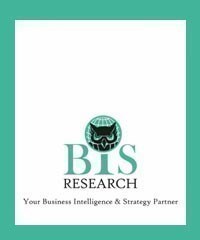 The e-cigarette industry gathered pace from 2012 onwards, when tobacco giant Lorillard acquired the U.S. based e-cigarette company, ‘Blu Ecigs‘. However, the rapidly changing dynamics of the market can be understood with the exit of the parent company of the best selling e-cigarette brand (Blu) from the market and its competitor Imperial Tobacco climbing up the ladder of this fledgling market. The Big Tobacco have started competing aggressively acquiring the top e-cigarettes brands and simultaneously rolling out their own brands with newer and technologically advanced products. Moreover, an overall non-uniformity of taxation and regulation policies has enabled a large number of players to enter the market, significantly intensifying the competitive rivalry.

This report is a meticulous compilation of the different aspects of the USB rechargeable and currently the dominating e-cigarette type in the industry, including the market share analysis and product benchmarking for top brands, Porter‘s five forces analysis, the consumer‘s perspective for buying e-cigarettes, market breakdown by product types, distribution channel, and key geographical locations.

While highlighting the key driving and restraining forces for this dynamic market the report also provides a comprehensive section of the prominent consortiums, compliance, and regulatory bodies and their involvement in the e-cigarette industry.

The report has laid down special emphasis on the legal and regulatory framework, owing to the changing paradigms in the industry. Where, on one hand, the state and local governments have started levying hefty taxes on e-cigarettes and e-liquids following the likes of conventional tobacco, on the other there are several consortiums identified who are opposing the proposals and wish to back e-cigarette by scientific studies.

The industry analysis has been included analyzing the impact of the five major forces to understand the overall attractiveness of the industry. The company profile section has been broken down into the publically traded companies and private companies. While the global companies have been chosen on the basis of their market developments and revenue generation, best-selling brands/companies have also been profiled in the report.

The market will witness a staggering growth until 2020, by when most of the regulatory and policy framework will fall into place. The growth rate will significantly increase thereafter, with increasing revenue generation from evolving markets of APAC and some European countries. Moreover, while disposable e-cigarettes dominated the global e-cigarette product market till 2014, USB rechargeable e-cigarettes, followed by personal vaporizers and Mods have taken over the top market positions in terms of revenue generation. The U.S. market will continue with its dominance through the forecast period, however, China is expected to grow at the fastest CAGR to become the second largest revenue generating country by the end of 2025.