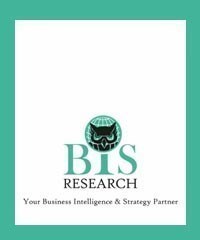 While the U.S and European e-cigarette markets are witnessing exponential growth, the Asia Pacific e-cigarette market is only beginning to gain momentum in the global scenario. The market is largely fragmented and comprises of a multitude of small and medium sized home manufacturers, with very little competition from foreign brands. The low levels of entry barriers and non-uniformity in regulations have enabled a large number of players to enter the market, significantly intensifying the competitive rivalry. The rate of consumption of e-cigarettes among smokers is still very low in the region, leaving potential for vast growth as the region is home to countries with some of the largest smoking populations in the world.

The report is a meticulous compilation of the different aspects of the e-cigarette industry including the Porter’s five forces analysis, market dynamics, and key consortiums. The e-cigarette market breakdown is presented by major product types, distribution channels, and geography. The market values form a critical part of the report; herein the revenue generated from sales of e-cigarettes devices is tracked to calculate the total market size.
While highlighting the key driving and restraining forces for this dynamic market the report also provides a comprehensive section of the prominent consortiums and their involvement in the e-cigarette industry. Moreover, the report includes a section dedicated to consumer’s perspective analysis.
The report has laid down special emphasis on the legal and regulatory framework, owing to the changing paradigms in the industry. Where on one hand, the state and local governments are planning to impose taxes on e-cigarettes following the likes of conventional tobacco, on the other hand, there are several consortiums identified who are opposing the proposals and wish to back e-cigarette by scientific studies.

The Asia Pacific e-cigarette device market is expected to grow over $5.37 billion by 2025, at a double digit CAGR from 2016 to 2025. The market will witness a staggering growth until 2018, by when most of the regulatory and policy framework will fall into place. The growth rate will significantly increase thereafter, with significant revenue generation from evolving markets of China, India and Malaysia. Moreover, while disposable e-cigarettes dominated the APAC e-cigarette product market till 2015, rechargeable e-cigarettes, followed by personal vaporizers and Mods will soon take over the top market positions in terms of revenue generation. Although Malaysia dominated the market in 2015, China is expected to become the largest revenue generating country by the end of 2025, while India is expected to grow at the fastest CAGR of 43.6% throughout the forecast period and become the second largest market in the region by 2025.