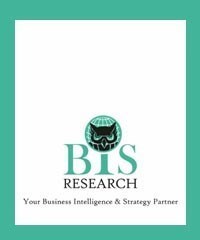 Telepresence robots are defined as autonomous, remotely monitored robots with a smartphone and/or motorized desktop stands equipped with a monitor and a camera. The former type (autonomous/remotely operated robots) falls under the category of motile robots while the later one (motorized desktop robots) are considered as stationary robots. Over and beyond the forecasted period (2016-2022), it is expected that motile robots will be high on demand compared to stationary robots because of more flexibility, convenience and benefit of using them for multi-purpose end-use applications over a single use-robot.

The telepresence robot industry is surging forward rapidly, mainly on account of increasing demand for teleconferences, remote management of workforces, proliferating demand for consumer and personal telepresence robots in healthcare, education, retail and hospitality sectors, among others. At the same time, low-cost telepresence robots are being introduced for specific end-use applications. Smartphones/tablets are becoming more affordable and trends like BYOD (Bring Your Own Device) are further giving push for affordable video collaboration technologies.

The report tries to focus on various aspects of the telepresence robot market such as the factors driving the industry, restraints that can possibly slow down the market growth, key industry challenges and the current growth opportunities that are going to shape the market. The research also incorporates Value Chain Analysis and Porter’s Five Force Model for in-depth analysis of the market and an assessment of the factors governing it.
The report also provides insights on the major global research and development programs taking place in industry and key patents filed in the telepresence robot market. Comprehensive study is done on the leading industry players on the basis of market share analysis, product mapping and pricing analysis. A separate section on “Interface and Component” focuses on leading audio/video communication platform vendors which provide key products for the telepresence robot industry.

Major geographical segmentation includes North America (The U.S. and Canada), Europe (Germany, France and the U.K.), Asia-Pacific (China, Japan, South Korea and India), and Rest of the World (RoW) which includes Latin America and Middle East and Africa. The regions have been covered in terms of the market penetration in the telepresence robot market as well as revenue generation to understand and utilize business opportunities. The report also includes the profiles of major players in the global telepresence robot market that shall allow its readers to gain an insight into the business trends.