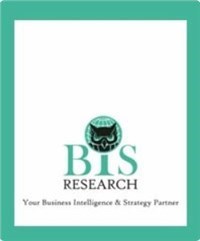 A growing need for safe and secure living while ensuring the protection of belongings, assets, and infrastructure has propelled a global demand for surveillance measures. India, being on a path of becoming a developed nation, needs to guarantee the safety of its people, resources, private properties, and to be aware of internal and external threats; hence, the need for such video surveillance measures is increasing more than ever.

The report deals with investigation of the driving factors, restraints, and opportunities with respect to Indian video surveillance market, which contribute in identifying trends and key success factors for the industry. The development in infrastructure, increase in spending on security and growing awareness of people have been identified as the key drivers that could escalate the market growth in the coming years.

However, the lack of governmental support for manufacturing of security system components and unstructured Indian market are posing to be some of the challenges in expansion of the market. Moreover, by streamlining the market and applying schemes introduced by the government, the potential opportunities for the video surveillance market can be efficiently tapped. The report also formulates the entire value chain of the market with the description of the supply chain from raw material to the end user.

The report further throws some light on the market of video surveillance according to the camera type used, i.e., analog and IP cameras. Subsequently, the ecosystem of the market is explained with a detailed description of the different types of equipments used in the video surveillance system. The camera types are categorized on various basis such as by technology, by resolution and by product type. The video surveillance system uses software like video analytics and video management software which are also explained with the future scope of this software.

The Northern part of India, being the political hub, requires more surveillance and so has the largest hold on the video surveillance system market. The Southern and the Western parts of India also has a considerable share in the market. Eastern parts including Bihar, Jharkhand, Orissa and others are still in the developing phase.

Rising needs for advanced security due to the incidents of terrorism and increasing crime figures has encouraged individuals, organizations and various authorities to devise effective response mechanisms. In the current scenario of security systems, video surveillance has become an indispensable tool to ensure both personal and public safety. With further advancements in technology, the market is experiencing a paradigm shift from conventionally used analog cameras towards IP/network based cameras. However, it will not be for another two years that the market will witness a wide scale adoption of IP based systems since majority of the existing surveillance systems are entirely analog and switching to IP based cameras will prove to be a costly affair for the owners.

The overall Video Surveillance ecosystem, in India, accounted for ~$1.5 Billion in 2014. Analyzing the expected growth in 2015, keeping in mind the future adoption plans, the market value is expected to grow at 22.96% CAGR from 2015 to 2022. Presently, the Northern part of India acquires the largest proportion of security installation, followed by the South and the West. The eastern part of India, however, is still in its developing stages but has a high scope for the Video Surveillance market.

Various government schemes and increased expenditure on security, along with the increasing infrastructural growth are acting as major market drivers for the video surveillance market, along with other factors like software development among others. Besides these drivers, there are certain challenges such as an unstructured Indian market and cost effectiveness for available products, which may hinder the market growth. The rising economy in India can act as a key opportunity for the video surveillance market.

Due to stringent laws governing the internet, the demand for using video surveillance as a service will move up from 2014 to 2022, growing over $5.18 billion by 2022.
Tell a Friend | Print page | Download PDF Brochure